Weeks later, we still think about the visit every day.

We invited those who came to Montgomery to share the impact their experiences had on them personally and professionally. 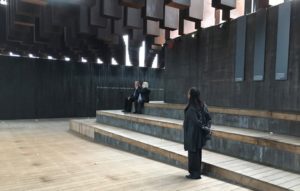 “It was a profound experience, not easily captured in words. It was visual and visceral, and continues to live with me weeks later.

I walked and read the names on the six-foot-tall monuments, spread out before and above me, and as I moved deeper within the memorial, I was profoundly affected by the violence that people afflict on one another. When I saw the seating area, a long series of benches for contemplation, I stopped. I stayed a long time in this area, to mourn these thousands of lives. The words on the wall across from me-quotes from civil rights activists-supported me.

What has been most visceral in this experience is seeing the extreme violence. I will hold that painful knowledge as a reminder in my work, side by side with the inspiring words and actions of social justice activists.” 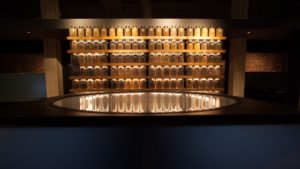 “My most vivid memory of our visit to Montgomery was the glass jars of earth collected by the living to commemorate and honor their lynched ancestors. I was profoundly moved by the power of these jars and the narratives associated with the act of collecting the soil. I was struck and surprised by all of the internal emotions these visits conjured up in me.

The pilgrimage to the memorials and museums were created with action steps built into the experience. Confronting truth was key to all experiences, but both went on to embrace reconciliation and even action. This prompts me to reflect on how action, however small and modest, can be transformative, and therefore a necessity.” 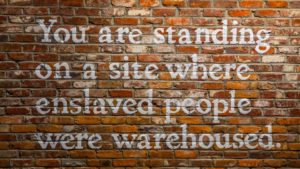 It was powerful to see the digital visualization of the post-transatlantic slave trade movement within the US… 50-60 years of the increasing numbers of enslaved people being sent to the deep South, most to Montgomery. Right here, where we are, people were warehoused in this place.

By focusing on the victims of oppression (not the perpetrators), on the consequences of racist policies, and on the activism for change, the exhibits help me understand and empathize with the struggle for justice.”

What an absolute honor to keep stepping closer to history, to learn from our legacy that even in the face of the evilest adversity there is and always will be joy.”

“We need to be willing to step up, to be proximate with injustice and to put ourselves in uncomfortable situations if we want to make a difference.” 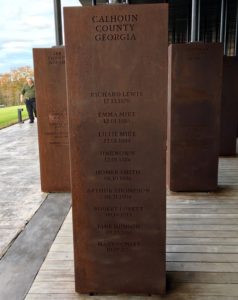 “While in Montgomery, I took a moment to talk with the Black woman bus driver who took us from the Peace and Justice Memorial to the Legacy Museum. I had been struggling with the unexpected realization that the oppression of Black people had become a tourist attraction. So, I asked her how she felt about the surge of tourism to these sites of difficult learning.

She expressed her initial misgivings as City insiders seemed to be changing the narrative, and outsiders seemed to be coming to observe her home community as if they were at a zoo. Then she got involved with EJI, and realized that change wasn’t just going to happen through protests and court battles.

She could be on the front line of making changes, educating people through these other forms of engagement.  She wore her enthusiasm for making sure that the truth be told to everyone, anytime and everywhere. Without knowing it, she was the ‘armchair historian,’ the docent that made a difference in how I experienced the rest of the trip.

While I am still trying to figure out how to articulate simply the complexity and irony of the current evolution in American equity, I have not forgotten how she helped me analyze my own angst. I remain grateful, even if I can’t yet let go of the fear that the power class is making money off of our past pain, and that history truth-telling will stop as soon as the content gets too difficult.

I have never been to a memorial site where every word, artwork, space and monument were presented with such precise intention and exceptional care for the human spirit. This was not a formula. As a practitioner, I gained these insights from EJI’s unwavering commitment to a courageous vision grounded in the harsh realities to many ignore or disregard.

Tell us what you think.

Have your been to Montgomery?

Have you been to a site that’s moved you as deeply as these places moved us? 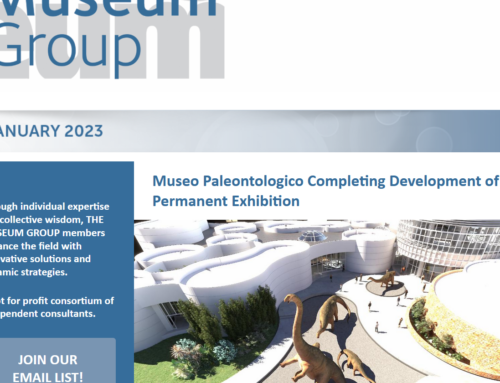 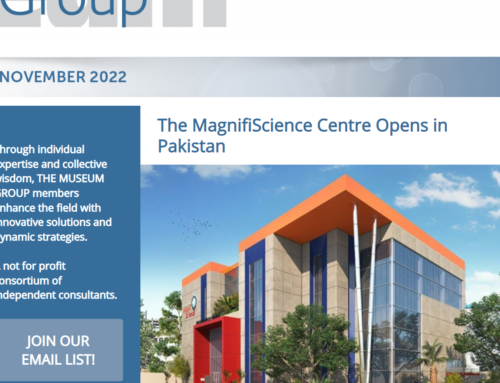 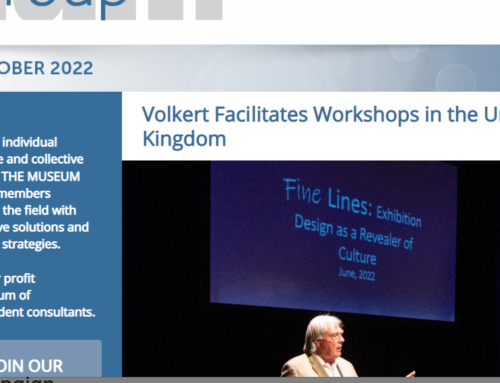 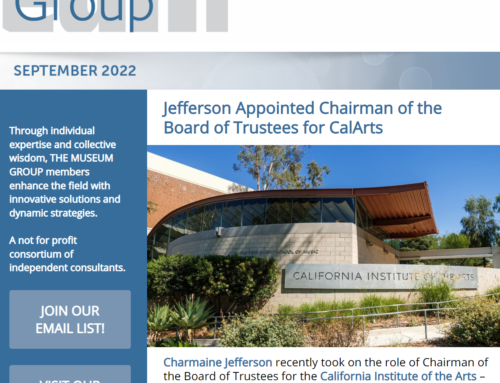 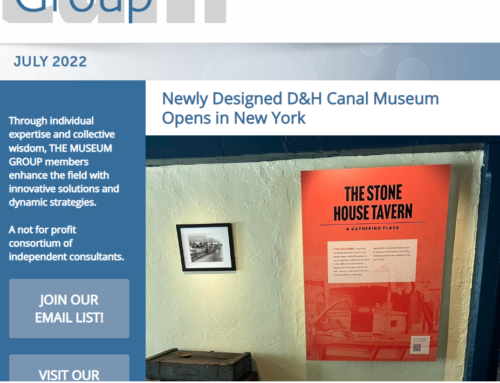