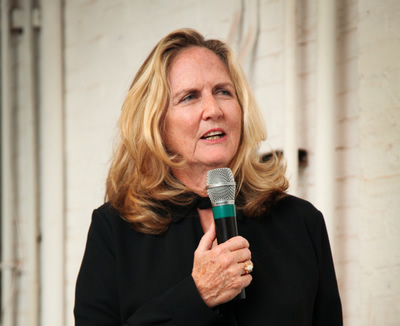 The Museum Group joins colleagues and friends around the world in mourning the loss of our dear member Jane Clark Chermayeff, who died on July 9 after a brief battle with cancer. She was 64.

Jane began her career at the Smithsonian Institution Traveling Exhibition Service and then the National Endowment for the Arts. She was the first director of education at the Smithsonian’s Cooper Hewitt Museum and the South Street Seaport Museum before she founded her firm, JCC&A, in New York City in 1984. Jane’s deep belief in learning through storytelling, firsthand experience, and play permeated her lifelong work in both urban and natural settings. At a recent charrette she said, “We like to keep things simple. We are the wet and dirty folks.” The list of projects she inspired and nourished is long and remarkably diverse. She consulted with children’s museums across the country; led interpretive planning projects for historic and environmental sites such as Indiana’s Conner Prairie, New York City’s Heritage Trail, and the National Museum of American History; co chaired the “Growing By Design” conference at the International Design Center in Aspen, Colorado; and was a consultant to the acclaimed Science Playground at the New York Hall of Science. In 2010 she founded Architectural Playground Equipment, Inc., with a German firm to create sensory play environments for children.

JCC&A’s international work circles the globe, including an interpretive center at the Angkor World Heritage Site in Cambodia that enlightens tourists while inviting community access; interpretive plans and exhibits over more than 20 years for the Conservation Trust of Puerto Rico’s 17 natural and historic properties; a children’s environmental campus at the Tsuruhama Discovery Center in Osaka, Japan; and work with organizations in Portugal, Colombia, and Israel.

Jane’s most recent accomplishment was an interpretation of Val-Kill, Eleanor Roosevelt’s retreat in Hyde Park, New York, where she delighted in attending the opening in May.

An active cultural citizen, Jane served on the boards of the School Art League and the New York Studio School for Painting and Sculpture in New York City, review panels for the New York State Council on the Arts, and the advisory council of the Conservation Trust of Puerto Rico. She and her husband Ivan Chermayeff were honored by Doing Art Together, and in 2010 she received a Fulbright Fellowship to work in Colombia.

Jane’s professional life was rich in exploration and achievement. But it is her personality and her soul that we will miss the most. Jane made every encounter feel like an adventure–square dancing at a museum conference, hiking to a waterfall, counseling a friend on the phone, whitewater rafting, taking a museum road trip in a Mustang convertible, or simply looking at art together.

An unforgettably glorious figure with her long blond hair, blue eyes, and incandescent smile, elegantly dressed, and wearing an oversized turquoise ring, she was the one with the endless good humor, undiminished eagerness to play, and pure sparkle. She brought life to wherever she was. We extend our sympathy to Jane’s husband Ivan, her son Sam, and her many friends and family. We miss her lively presence in our lives, but our memory of her remains undiminished.