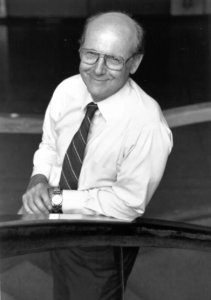 David Ellis has consulted for more than 30 years, mostly with museums and science centers, as well as colleges and universities. He brings experience in planning, organizational development, board relations/governance, fundraising, and administration/ operations. David serves on several nonprofit boards and as an arbitrator. He is a past president of The Museum Group.

In recent years David has consulted for the Chilean Navy and the David Rockefeller Center for Latin American Studies on an Antarctica Exhibit in the National Maritime Museum in Valparaiso, Chile, and a satellite museum on Greenwich Island in the South Shetland Islands (Antarctica). Previously he consulted for over a decade for the Vitae Foundation in Brazil on the development of science centers in that country. He also consulted on the National Health Museum, Science Station, and the Boston Museum Project.

He served as Interim President of the Boston Children’s Museum from June 2009 to August 2010. He served as Interim Executive Director of the Harvard Museum of Natural History, later the Harvard Museums of Science and Culture, from February 2011 to January 2013 He has also consulted for MIT, the University of the South (Sewanee), Emmanuel College, Juniata College, and Manchester College.

David was president and director of the Museum of Science in Boston from 1990 to 2002. From 1978 to 1990, he was president of Lafayette College; before that he was vice president/vice provost for academic affairs and a faculty member at the University of New Hampshire. During his professional life, David has been extensively involved with national organizations such as Elderhostel (Road Scholar), National Science Foundation Directorate on Education and Human Resources, Association of Science Technology Centers, Giant Screen Theatre Association, and National Association of Independent Colleges and Universities. He has also served on accreditation panels for science centers and institutions of higher education. He has a BA from Haverford College, a PhD in chemistry from MIT, and a certificate from the Advanced Management Program of the Harvard Business School.